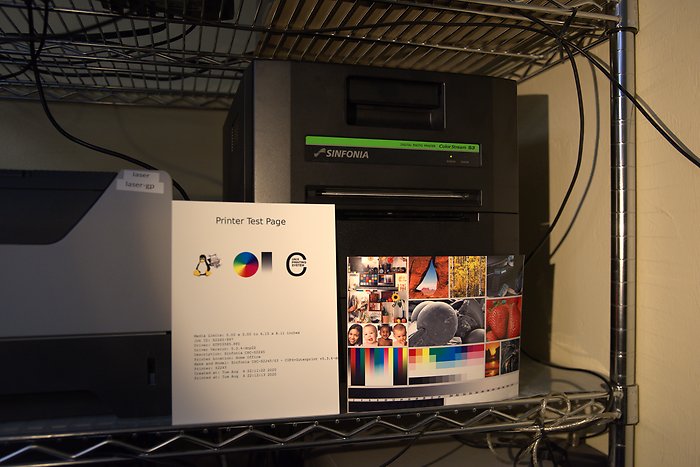 It's only been a week since I got my hands on this thing, but I'm pleased to announce it's now fully usable under Linux. This includes a reverse-engineered version of the S2245's image processing library, which thankfully turned out to be far simpler than I'd first feared. Or maybe I'm just getting that much better at figuring all this stuff out?

I haven't come up with a sane way to do validate the RE library's output, as Sinfonia's official image processing library appears to only be available for Windows. That said, the ICC-corrected output looks pretty good, so there's nothing grossly wrong.

To take advantage of this support, you'll need to grab Gutenprint out of git (or a snapshot/release dated after 2020-08-05) along with selphy_print (of similar vintage) to pick up the library.

Meanwhile, the Kodak 6900 and HiTi M610 stand a pretty good chance of working too, but that will need to be independently confirmed.