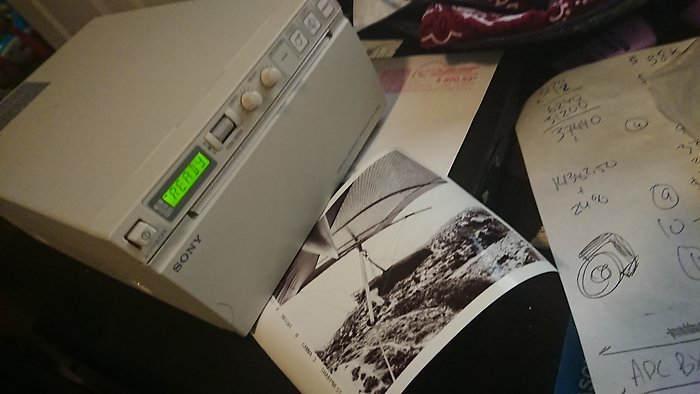 Over the past month or so I've been figuring out the Sony UP-D895 & UP-D897 Medical/Scientific Thermal printers. They're most commonly seen on ultrasound workstations, but can be found nearly everywhere.

I'm happy to report that Gutenprint (5.3.2-pre or newer) now has full support for these two models with feature parity with the Windows drivers, including basic status & error reporting.

In the process of figuring out the UP-D895/897, I discovered a lot more about other Sony printers, resulting in the UP-DR150 & UP-DR200 getting basic status reporting and error handling as well. Now I just need someone to test this out and let me know if my guesses are correct! :)

Looking ahead, the UP-D898 series is a somewhat different beast, eschewing the old Sony communications format/protocol in favor of something wrapped in HP-PJL. It shouldn't be too hard to support, but someone's going to have to send me one first.