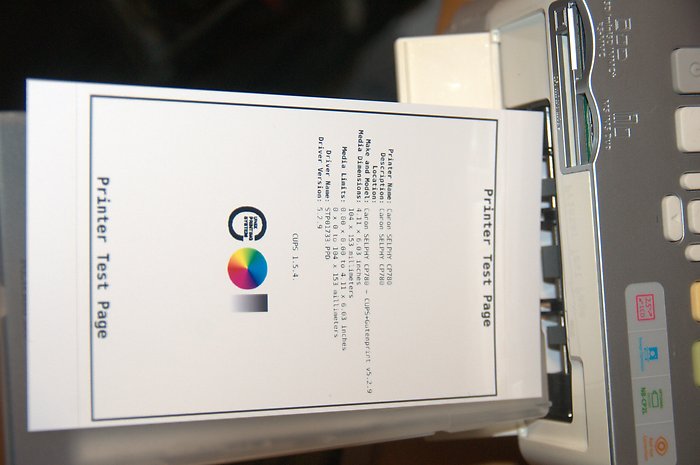 This deceptively simple printer test page has been literally five years in the making. It is the first time anyone's been able to successfully JustPrint(tm) with the "newer" Canon Dyesub printers under Linux, at least without jumping through some annoying hoops.

But it's not quite done yet.

Finally, the ES40 and CP790 are unsupported until someone comes along and either donates a printer (or cash) or is willing to be a guinea pig.

So, if you have one of these printers and want to use it under Linux (or modern OSX), drop me a line.