Taken at a fishing dock off of Lake Harris, just south of Leesburg, Florida.

"Pea soup fog" would be an apt description of the morning's conditions, with under 20' of visibility for most of the drive, but fortunately enough of the fog burned off for us to be able to see both the sky and water by the time any direct sunlight reached our eyes.

2022 was a year of major transitions, bookended by two foggy mornings whose circumstances could not have been more different. I may write up a summary, but.. I'd rather focus on what lies ahead.

I've been using Gitolite to manage my personal git repositories for over a decade. Combined with gitweb (and later, cgit), it's done its job well and generally stayed out of the way.

Where it falls flat though, is that if you want to use more than one ssh key, you're not going to be able to utilize its auto-created private namespaces without manual intervention or moving stuff out separately. Its simplicity also makes it a lot more challenging to integrate with other things, especially when the repositories are private.

The last straw though, was discovering that my server bandwidth was being swamped by things constantly hitting the anonymous git service, with no real ability to monitor/track/restrict it. If I was going to disable that and break a bunch of things, I figured it was the time to just go all the way and gain some new functionality for my efforts.

So.. I finally bit the bullet, and after a couple of days of insanity, have switched everything over to Gitea -- it's nicely self-contained and straightforward to administer, yet has all the modern bells and whistles expected of a software forge. It will also make it a lot easier to work with my occasional moonlighting clients without having to use the likes of GitHub.

This migration was more annoying than I expected, but that was mostly of my own doing as I decided to rewrite the history of two of my public projects to enable them to take advantage of git-lfs. This wasn't the right call, and I intend to go back and partially rectify it.

git-lfs aside, I think the overall effort is well worth it -- For example, I'll eventually be able to retire the standalone wiki and bug trackers I'm also hosting, which will help shrink ShaftNet's special snowflake server/service footprint and thus reduce my administrative burden. It sure beats letting everything rot, or just just dropping altogether. All of my servers are finally consolidated at the Tick Farm, hooked up to a DSL line with a paltry 1.5Mbps upstream... when it's working properly -- I went through three modems in two weeks!

The rack is a real mess; I haven't finished punching down all of cables coming out of the wall, and need to relocate the switch to the back side to simplify cabling, finish racking the rest of the gear (including two UPSes and several shelves), and get rid of the "temporary" stretching across the floor of the house -- oh, and pull Ethernet and fiber through the conduits laid around the property.

I have a bunch of other network reworking in progress; I plan to keep servers on the DSL line but move everything else to the Starlink, but with its router in bypass mode so I can have the two networks sharing private internals. But I still need to elevate the Starlink dish a little higher; I have it on about 7' of 2" PVC conduit, but it's not quite enough to clear the trees. There's always something.. 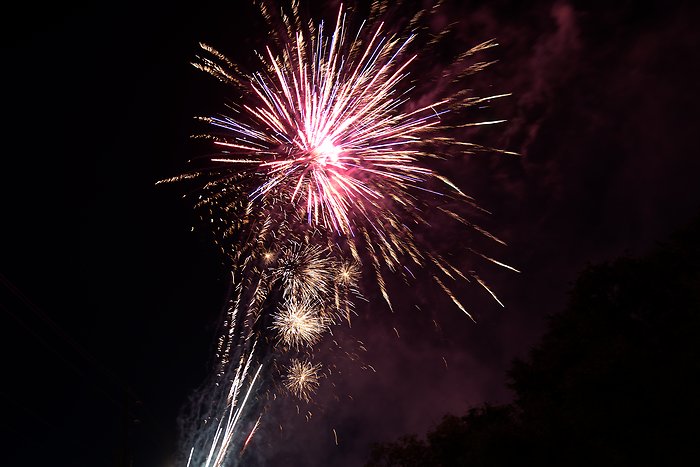 Oddly enough, things got really quiet for a few moments... 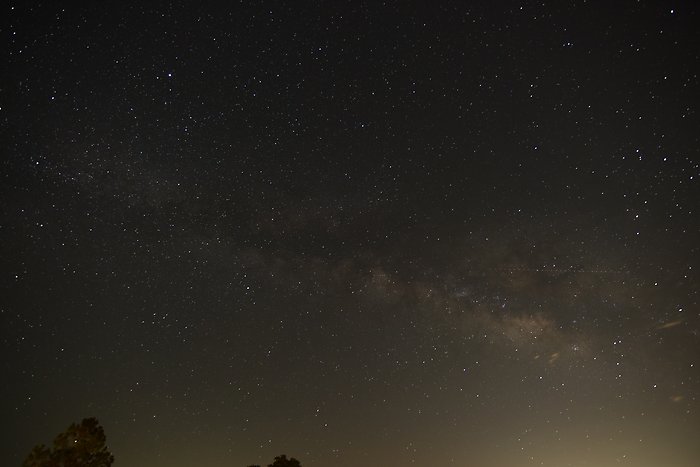 30s exposure at 16mm, f/2.8, and ISO800 in an open field not far enough away from other light sources, as it turned out, but this is where I needed to park my tripod to capture the Milky Way in all its glory.

Even this 30s exposure was arguably too long; I'll need to get my hands on an equitorial tracking mount in order to really make these things pop! We walked out to the river and back, but my favorite photo was on the way out of the driveway. Meet NOPE, A five-ish-foot rat snake that I pulled out of the tick farm's toilet a couple of days ago. Yes, the toilet, hence his name. (Pardon the staining; it's due to the iron content in the water. Really)

This is the SECOND time I've had a snake in the toilet. For all I know it was the same snake.

Meanwhile, this little coral snake ran across my path the morning I fished NOPE out of the toilet: The next morning, this (much) smaller rat snake was waiting on my doorstep: And for a final insult, a 2-inch-long scorpion nearly landed on my foot when I was taking a shower that evening. It's almost like I live in the woods or something...